How Does Shade and Bad Weather Impact My Solar Power System?

Solar energy takes light from the sun and turns it into free electricity. But shade from nearby trees, roofs, or buildings can dramatically reduce the amount of electricity your solar system produces, even on sunny days.

Solar panels need constant and direct access to sunlight to maximize their electricity production. However, whether due to shading issues or cloudy days, solar panels can still produce some electricity through indirect sunlight.

A solar panel that’s shaded will produce less electricity than one that receives full sun. This can impact your solar system’s payback because anything that reduces the energy production of your system means less free electricity.

While you’ll want to minimize the amount of shade your solar panels receive, solar can still work in some spots that have partial shade. However, if your system is completely shaded the majority of the peak sun hours, solar power may not be the best option for you at this time, unless you’re able to remove the source of the shade.

How Does Shade Affect Solar Panels?

Each solar panel is composed of solar cells. Depending on the size of your panel, it will either have 64 cells or 72 cells. These cells are all connected within the solar panel, meaning what happens to just a few cells could potentially have an impact on the production of the entire solar panel.

The impact shade has on the solar panel’s production depends on where the shade falls on the panel.

Solar panels are broken down into three different sections. Each section is made up of one-third of the solar panel’s cells and has its own bypass diode. If something shades even just part of one of these sections, it will impact the production of all of the cells in that section. However, if the other two sections are free from the shade, they will continue to produce electricity.

Likewise, if two sections are all or partially shaded, one-third of the panel will be able to produce electricity. If the shade extends to cells in all three sections, then the solar panel will produce little to no electricity.

Without the bypass diode, shade in just one cell could impact the production of the entire panel, instead of just the shaded section.

Only a small amount of shade is needed to impact production. For example, the shadow cast by a telephone wire may only cover a few cells in the panel. But if that shadow spans all three sections, it will impact the production of all three sections of the solar panel. 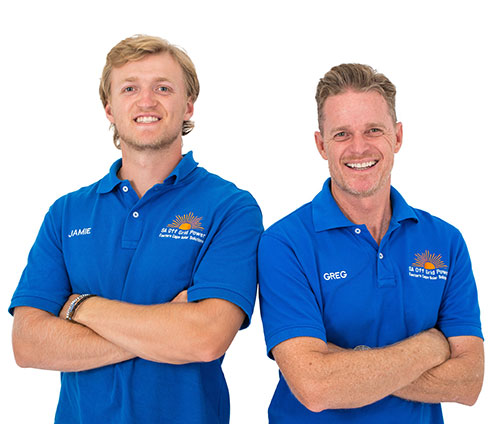 We would love to hear from you. Drop us a message and we will get in touch with you shortly.